FEAR NOT! Advanced TV is Friendlier Than You Think

Back in 2015 the IAB’s Advanced TV Advertising Primer stated at the outset that “How television is watched, where it is watched, with what devices, and the technological underpinnings of the ecosystem that enables it are all changing cataclysmically.” 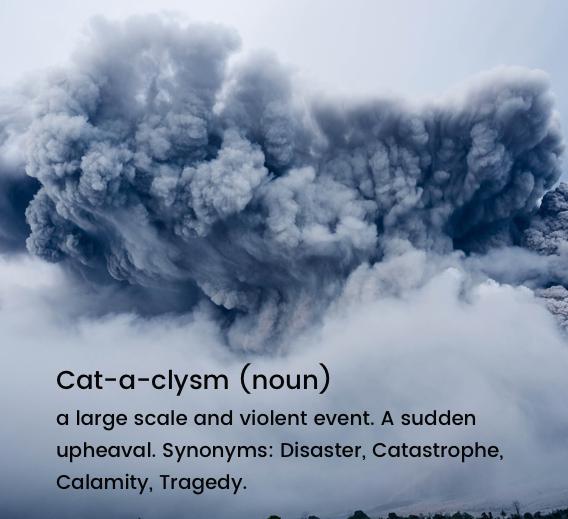 “Changing Cataclysmically” are strong words, but actually an upgrade from “Dead”. Not too long before 2015, predicting the absolute death of TV was just part of marketing discourse:

At one time AdTech aimed to replace Traditional Linear TV (let’s call it “TLTV”) but eventually realized that since that wasn’t going to happen it would be better off hitching a ride on the coat tails of TLTV, and consequently changed the argument from “we’re going to kill you” to “ we’re going to make you advanced.”   I always preferred “Enhanced” over “Advanced” because “Advanced” would imply that it is better while “Enhanced” would mean it has further improved.

There’s no doubt that Advanced TV expands TLTVs versatility and adds to its effectiveness.  It’s a new tool in the marketing tool box, but the best tool was invented a long time ago. Taking aim at the #1 Marketing Communications Channel ever invented is just a part of life. If you haven’t gotten used to it yet, now’s a good time to start.  It wasn’t Compu-serve, or Prodigy, or the VCR, or Cable, or the DVR, or VOD, or the internet, or Google TV, or YouTube, or Aero, and it’s not going to be Advanced TV that kills TLTV.  There’s no cataclysm underway… as a matter of fact, TV is having Babies! OTT / Smart TV / IP TV / CTV / Multi-platform TV / Addressable TV / Programmatic TV / VOD / SVOD / AVOD / OLV / vMVPD / FEP.  Yes, Broadcast is losing viewers to new delivery systems, but traditional viewing still dominates; 82% of total video viewing among Adults 18+ (Q1’19 Nielsen Total Audience Report).

Any aversion to Advanced TV should be attenuated. But what is it? Is it that frame on the wall that bathes us in a warm blue hue every evening? Is it the laptop in your teenager's bedroom? Is it the mobile device that you hang your head and gaze into? Is it a clip that you check on your PC while you are multi-tasking at work (it’s ok, it’ll be our little secret)? As consumers, it’s really quite simple – we know TV when we see it. But as marketers, well that’s an entirely different story. As made evident by the alphabet soup of acronyms above, we’ve slightly overcomplicated things. It’s easy to get caught up in all of the platforms and services like Netflix, Hulu, Amazon Prime, CBS Access, Roku, Amazon Fire, to name JUST a few.  But we’d all be better served if we were to just KISS (Keep It Simple Stupid), and boil it all down to the two pillars that comprise Advanced TV; OTT (Over The set Top box) and Addressable TV (through the set top box). Said another way, if it’s not terrestrial, cable or satellite, it’s OTT. If it’s not OTT, it’s Addressable TV. Anything and everything else branches out from there.

OTT is content or ads delivered via the internet. It is therefore platform agnostic because if a device can access the inter-web then it can be folded into the OTT tapestry. The Online Video supply chain is, to use a highly technical term, super-duper tremendous and all Online Video is not created equal. OTT providers carve out their own piece of video real estate that is of the TLTV variety (scripted/high production value/reputable Media Brand). OTT is the good stuff, on any platform.

Addressable TV uses existing satellite or cable (MVPD) networks to selectively deliver ads to specific households. If you and your cat are watching your favorite Live Local News, you might receive the Fancy Feast commercial, while your neighbor and his dog Fi-Fi watching the same Live Local News may get the Cesar Loaf & Topper in Sauce Filet Mignon Flavor with Bacon and Potato Dog Food Tray spot.

Both OTT and Addressable TV are better at providing granular demographics (based on intention, Income, purchase history, etc..) than TLTV. If your market research tells you that you need to get a hold of the “Just Married” crowd, for example, or reach those who’ve expressed interest in going on a vacation, you can now hit ‘em up with TV ads in lieu of the traditional broad demographic targeting. OTT holds an added advantage in that it allows advertisers to follow the bouncing eyeballs from device to device while Addressable TV can leverage the most premium of screens -- the household TV set. OTT and Addressable TV can also act as a path to TV advertising for smaller businesses who can’t otherwise afford TLTV.

But advertisers will not be abandoning the big, expensive task of Mass Marketing anytime soon - a topic we can explore next time.

Read More Over The Top Posts
Locavore
Audio Renaissance
In Tune
On Measurement
Over The Top
© 2019 Katz Media Group. All rights reserved. This site is for business use only. Katz does not sell your personal information.