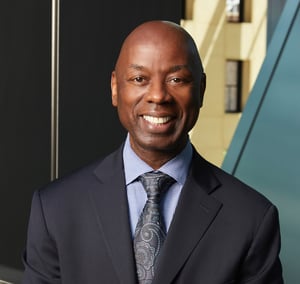 This week marks the start of the 56th annual conference of the National Association of Television Program Executives (otherwise known as NATPE) in Miami.  As an international marketplace for television/video content, the conference hosts content buyers and sellers from around the world.

We asked Hearst Television's Senior Vice President of Programming - Emerson Coleman - to chat with us about how his organization approaches the famed programming marketplace, what not to miss if you'll be attending and why the local television space is still alive and well amid the many distribution options available today for content makers.

A seasoned veteran of television production (you can read his official biography below), Emerson also shared some of the impetus behind Hearst's decision to bring Matter of Fact with Soledad O'Brien to local television audiences in this particular moment.  So whether you're interested in hearing about the not-to-be-missed aspects of this year's NATPE or just want to pick up a few tips from a programming master - this edition of IN TUNE is for you!

Partial to your own Podcast distributor?  Access and subscribe to the IN TUNE podcasts on the following platforms:

Among a number of board responsibilities, Coleman serves on the executive committee of the National Association of Television Programming Executives (NATPE) and the advisory board of the Peabody Awards. He is a graduate of Brown University and the University of Pennsylvania’s Annenberg School of Communications.

Want to make sure you don't miss a single insight?  Get a copy of the interview transcript for both podcasts.