Getting to Know Kathy Doyle - Part 1 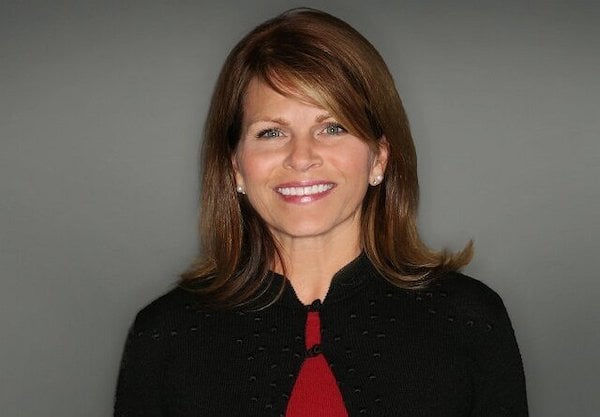 A 20+ year veteran of IPG/MAGNA, Kathy oversees all local activity for clients such as Amazon, BMW, Coca-Cola, Arby’s, Hershey and Sony, among many others. Kathy believes that client success in the local market is achieved through leverage, knowledge & relationships that drive effective strategic execution. She manages a team that executes hundreds of local retail events for a multitude of clients on an annual basis. Kathy represents the agency with involvement in several industry associations, such as the 4As, Nielsen and the TVB.

Katz CMO, Stacey Schulman, caught up with Kathy earlier this month to talk about the immense changes happening in the media and marketing worlds - and what it all means for local media.  This is the first in a 2-part series covering that interview.  In Part 1, Kathy discusses her role as a change agent at Magna Global and her perspectives on the future, big data, automation, localism and comparisons between national and local media tools.

Stacey Schulman:   Welcome, Kathy and thank you for sharing your perspectives with us today.  You've been in the industry for a long time, you've seen a lot, you’ve witnessed a lot including many crazy moves across the industry. When you look out at the totality of change you’ve experienced, what do you think has been really impactful?  Any perspective you can share?

Kathy Doyle:  Well, I think there have been a few things.  I do think some of the more recent things we've been doing - like our impressions measurement, feels like a big shift and very impactful for the industry as a whole because now we see the rest of the industry coming along. We pivoted a couple of years ago, and now everybody's kind of getting on that bandwagon. It's funny, as I started thinking about it and I've been in the business so long, when I first started we were buying households. I mean, households - not even the demo.  In retrospect, it was probably just as big of a shift but it was so long ago that I don't think that means anything to anybody these days.

This precipice of change that we’re on right now is unbelievable to me and it's such a great and exciting opportunity. I think probably the best is coming now, with things like the move to impressions-based measurement and all the data we have at our fingertips. We know so much more about who our clients should be targeting and how to target them for local. I think that’s probably the biggest thing.

Stacey Schulman:   It seems like the “big data” phrase was big in the first half of this decade but now it's kind of a fait accompli. People just assume we have lots of data, and we're just now trying to put the tools in place to really use the data to our advantage.

Kathy Doyle:   That's exactly it. We have the data... we just have to figure out the tools to use to get us smarter and figure out how to apply it.

Stacey Schulman:   Are there great tools that are available in the local world for applying the data now?

Kathy Doyle:  I wouldn't say they're out there now.   I’m sure you know what's going on with automation, I call it an “automation arms race.”

Kathy Doyle:   I think if we talk a year from now, this issue will be very close to being solved if not solved. So, I think with companies like Hudson and ITN and all the players in those spaces that are building out these platforms, the industry is working fast and furiously to get us to a point where we can apply our proprietary data.

Stacey Schulman:    Let’s go back to that idea of the “automation arms race” - I feel like once everyone gets there, that we’ll be back to dealing with the question of how we all differentiate ourselves in the marketplace.

Kathy Doyle:  And I’ve been thinking about that as

part of our roadmap at Magna moving forward in automation because that is so important to me.  You go in eyes wide open - and if everyone is on the same platform how do I distinguish myself from anybody else?   For us, we've partnered with Hudson and a lot of what we build, we build for us. We're not building it for the industry.   The biggest thing is the way we’re approaching automation is in taking low-value work that can be automated out of the system so that it allows our buyers more time to be strategic and or negotiate another round or those higher-value tasks that DO separate us from our competition. That's been our approach since day one with moving forward in automation. So I totally understand how important that is and using these automation platforms, from our perspective, at least when it's in the pre-buy phase, is more a jumping off point than a final point.

Stacey Schulman:   Right. I totally agree with you. I myself have been thinking about this for the last five years as we've been seeing everybody ramp up. For years I was on the agency side, and I knew what it was like to be in those new business pitches where you had to come up with something that was differentiating to win the business.   Today I can’t help but wonder if we’re getting to the point of only being able to say that “my data stack is better than your data stack.”   The thing is, this business, our business is still an “ideas” business. Our business is really inherently creative and conceptual about making people “feel” stuff. Whether that's a connection to a radio DJ, or a piece of television content, or even beautifully executed graphic art. It's interesting to me to consider how - if we do get all this automation stuff right - we can really put the power of our humanity to work.

Stacey Schulman:   OK, new question.  How about new capabilities in local?  I have historically felt like the national scene gets all the candy.  And we’re dealing with whatever was created for us 5, 10, or 20+ years ago… If you think about capabilities for local media marketing, and how they've changed, do you think we're getting on par with what are national cousins have? Or are there new capabilities you see in local that are interesting or game-changing?

Kathy Doyle:  Again, I come at it from a local perspective, not a national perspective so I don't want to misstate anything but from my perspective, I think local is advancing first and faster in this automation space. We see vendors having conversations about national now, but local is further down the pipeline on the automation thing for sure. So, I think that's a great thing - and we need it to be. We're buying 210 markets instead of one market so we had to get it figured out and get it moving forward to keep ourselves and local as a viable option.  Now on the move to impressions, we did that based on the way national is bought.  There are obviously some areas where we’re playing catch-up, but I think measurement is an area where we all need to get that figured out. I think there's room for improvement nationally, but there's definitely room for improvement locally and we need to get that moving forward.  But overall, I think in some areas, local is ahead of national.

Stacey Schulman:   I love that perspective and it's so nice to hear. What about things that you see your clients, your marketers, the ones that are already in local doing?  What kinds of new things are they most interested in trying?

Kathy Doyle:  I think we are getting more and more interested in things like OTT, things that, the way that I look at it, supplement lost broadcast impressions - or filling that gap as viewership changes, where we have to change and our clients have to change. So, I think that's probably one of the biggest things, and again, we're not necessarily seeing it across the board, but they’re starting to lean that way.

Stacey Schulman:    What about the general idea of localism and the power of local marketing... how are you advocating for that inside of Magna and all of the IPG world?

Kathy Doyle:   Well I think obviously I've been doing it for a long, long time and being that voice within IPG that explains what local brings to the party.  Getting our house in order on automation and things like that are important because some people look at local and think it's expensive. It's expensive on a CPM compared to national for an agency.   It's expensive from an overhead standpoint.  Some things are in place because that's just the way the business is, but other things are roadblocks that can be removed.  It's our job to take that friction out of the system and keep local “easy”.   We need to make it as easy as it can be for planners and clients to consider using it.  Within Magna and within the agencies, sharing the success stories has always been a big deal.  Those clients that do activate locally know the benefits of local. We've had clients try to walk away either from local radio or local TV and they turn around and walk right back because they’re not seeing the results they need to see at a local level - those are the best stories.

Stacey Schulman:   Let's tell some of those stories Kathy!

Kathy Doyle:  We most definitely could be doing a better job of telling this story to clients that are all national... media is consumed so differently across different markets. When you make a national buy... I jokingly say it's like putting peanut butter on an English muffin... Some guy is going to get an inch of peanut butter and some other guy is going to get a fraction of that. If there are markets where they are really only getting a fraction of that peanut butter and they need more, then let's give it to them! We used to call it “Network Fill.” I feel like people don't look at that as closely as they used to, and maybe it's because we're not out there saying it as often as we should be either.

Check back on Monday, July 22nd, for the 2nd part of our enlightening interview with Kathy Doyle at Magna Global where Kathy will address marketplace metrics, the role of creative and tips for sellers when working with Magna Global and the IPG local buying agencies.